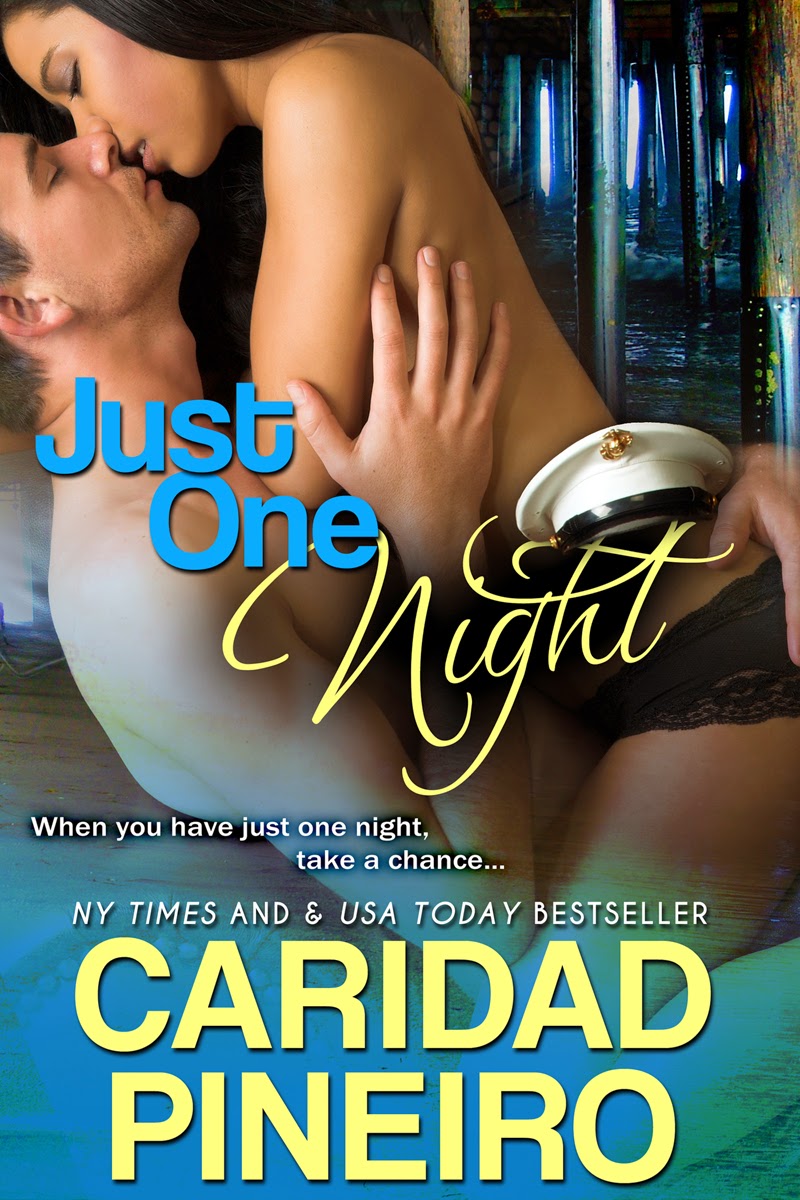 He has just one night to prove to her that anything is possible . . .

Jason Hart, Jase to his friends, has just graduated college and earned his commission as a Second Lieutenant in the Marine Corps. It's the night of the graduation party and she'll be there. His best friend's slightly older sister, Nickie. Nickie is the only woman he's really wanted for a long time. He has just one night to make it happen.
She has just one night before the man of her dreams leaves, maybe forever, but can she find the courage to take a chance . . .
Nicole de Salvo has been in love – and lust – for her little brother’s best friend for years. For years she’s watched from afar and done nothing about her attraction for Jason Hart only now their time together is almost at an end. On their last night together will she find the courage to do something about her feelings, or will she live with regret for the rest of her life?

NY Times and USA Today Bestseller Caridad Pineiro is a Jersey Girl who just wants to write, travel, and spend more time with family and friends. Caridad is the author of over 40 novels/novellas and loves romance novels, super heroes, TV and cooking. Caridad writes dark and sexy romantic suspense and paranormal romances for those who live to love on the edge. Her sweet, but still naughty side, Charity Pineiro, writes contemporary romances packed with emotion and humor. For more information on Caridad/Charity, please visit

“What's up, Jase?  Why did you almost drag me out of the party?” she asked and leaned against one of the thick pilings for the boardwalk.

He braced his forearm just above her head on the support and shifted until her warm breath spilled against his face.  She smelled of something flowery and of Nicole and he inhaled deeply to memorize that aroma.

With his free hand, he brushed away a windblown lock of her hair and then skimmed his fingers down her smooth cheek.  She trembled beneath his touch and he hardened as he imagined how smooth the rest of her skin would be and how she would shiver against him while they made love.

Her eyes widened in surprise and the words rushed from her.  “Hell no.  I don't believe you.”

“Believe it, Nickie.  I’ve wanted you for a long time,” he said and moved ever closer until his body was pressed to hers.

At that touch, she sucked in a shaky breath and closed her eyes.  In a husky voice she said, “Don't play with me, Jase.”

He chuckled and her eyes snapped open to meet his gaze.  “Babe, I am so not playing with you.  At least not yet,” he said and dropped his hand to trace the rounded swells of her breasts visible above the bodice of her killer dress.  It was the kind of dress that invited him to touch and to see.

WANT TO WIN THIS E BOOK?

Open to anyone with a US  or Canadian address
(sorry, no po boxes)
Open only to those who can legally enter
Winning Entry will be verified prior to prize being awarded. No purchase necessary.
You must be 18 or older to enter .
The winner will be chosen by rafflecopter and announced here as well as emailed and will have 48 hours to respond or a new winner will be chosen.
This giveaway is in no way associated with Facebook, Twitter, Rafflecopter or any other entity unless otherwise specified.
The number of eligible entries received determines the odds of winning.
Giveaway was organized by BookHounds and sponsored by the publisher.
VOID WHERE PROHIBITED BY LAW.