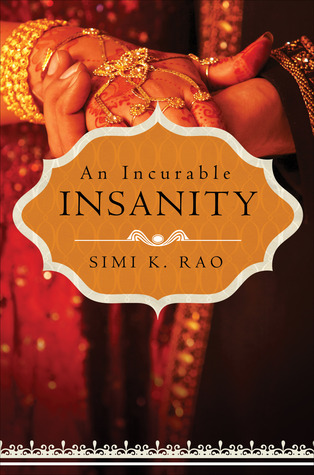 
Her heart fluttered when she heard the sound of the key turn in the lock. She quickly adjusted her maroon silk sari with the yellow border, the one that had caught his eye, and waited eagerly for his footsteps.

One, two, three, four, five, six, seven... Yes, exactly seven steps before he stopped, hesitated for a few moments, then removed his shoes one by one and arranged them neatly side by side on the shoe rack.

She smiled. He had been mindful of taking his shoes off every day now. "I am not used to it, but I will if you want me to. It's probably a good thing to do anyway."

As he settled down, he would pick up the TV remote and, without looking at her, would say in his smooth baritone, "So how did you spend your day, anything interesting?"


Shaan Ahuja found himself bowing to tradition and agreeing to an arranged marriage to the beautiful Ruhi Sharma. He went through the motions but had no intention of carrying through on his vows. His last foray into matters of the heart with an American girl had left him scarred and unwilling to try again. Thoroughly disillusioned and disgruntled he wasted no time in making his intentions clear to Ruhi on their wedding night. But, he was completely unprepared for what his new wife had in mind.

Available now on Tate Publishing
10-8-13 on Amazon!
Add to your Goodreads Shelf

Excerpt - this is a draft from the first chapter

Ruhi Sharma was a blushing bride, practically a newlywed, locked up in this glittering cage for almost a month, twenty-nine days to be exact; an object of envy of all her friends and family.

Twenty-nine days ago, she had signed her name beside his on the marriage certificate. She had gone through all the miscellaneous ceremonies associated with the typical grand Indian wedding—the engagement, the Mehendi, the Sangeet, the Haldi, and the grand finale (her father had spared no expense) until finally her betrothed had staked his claim by placing the Sindoor on her forehead and tying the Mangalsutra around her neck, and she had quietly and blissfully followed him around the sacred fire carefully listening to and reciting the Saath Pheras in her mind.

She was the very beautiful and accomplished daughter of Amrit and Devyani Sharma, the apple of their eye, and they had left no stone unturned in raising her the best way they possibly could.

Friends and family were surprised for not only had Ruhi been provided with a very good education, she held an MBA from a leading institution, but her parents had also made sure that she was adept in all other various skills, which a well-bred traditional Indian girl is desired to be proficient in. Therefore, nobody marveled when marriage proposals came pouring in from all directions.

But the Sharmas were choosy; they wanted only the best for their golden child, and they did get it, or so they surmised.

The idea of giving their daughter’s hand in marriage to the well-accomplished son of the most well-known family in Chandigarh was beyond their wildest imagination. It was wilder because they hadn’t gone in search of it, rather it had come and landed on their lap.
Shaan, the youngest and most eligible of the Ahuja clan, was twenty-seven, a fresh aerospace masters grad from a premier engineering institute located in the Los Angeles county of United States, California, who had already bagged a plum job in a leading aeronautics and space exploration company in sunny LA.


“My son makes interplanetary spacecraft. He’s the man of the future” had become the proud and frequent rant of Mr. Shiv Ahuja, who for some odd reason seemed to be trying to paint his son in the most rosy of tones even though he really didn’t need to, for as soon as Ruhi saw her future husband’s likeness, she lost her heart, and there was no question of a retrieval.


“Huh? Yes please with just a pinch of sugar. Thanks!” He took the cup from her hands, careful not to touch her fingers.


Ruhi closed her eyes; she could now repeat every movement, every word by rote. He was a creature of habit…and she was bored. What was supposed to be the most exciting time in every young woman’s life had turned out to be the worst…Well, not really. He wasn’t mean, rather he was the perfect gentleman, too perfect!


Oh how she wished he would rather be screaming mean and nasty. At least that would bring some excitement into her not so-happening life! She laughed, pausing as she brushed her long black hair, rather hysterically.


The bombshell had dropped on their wedding night. He had walked into the room late as she sat there, a shy bride in all her wedding finery waiting, nervous yet excited at the same time, to meet the man she had hardly spoken to or looked at. What would he say, talk about, or do?

She had heard a lot of stories about what to expect, some factual and some fabricated (her friends had prepared her well), but she wanted her own to be special, unique, and it was…
Sitting down on the bed in front of her, he had taken her hand in his and said very gently, as if to tone down the trauma, “I bet you are one of the most beautiful brides in the world, but I’m sorry I cannot make love to you. There is someone else.”


Not sure if she’d heard right, Ruhi had watched puzzled as he lay down on the mattress and turned his back to her. Is that it? A plain and blunt dismissal of her dreams, her life? Was that all?

ABOUT THE AUTHOR
From Simi:

I am a physician–and to many I may appear serious and solitary. But once people get to know me better, they often think that I am frank, down to earth, with quite a quirky sense of humor. And that is what I bring to my writing—read and you shall see.

I was born in the dead center of India, but had the privilege of spending time both in the north and south. Therefore I have been able to sample and absorb to some extent the vastly diverse cultures and languages of both these regions (the very quality that imparts tremendous richness to our country’s heritage,) —a phenomenon perhaps not seen anywhere else in the world.

After immigrating to the United States in my early twenties and spending several years in this country, whenever I travel back to my homeland now, I find that I appreciate my roots a lot more. Still there is so much to see and learn, that a lifetime won’t suffice.

I wish to share some of my experiences here as well as write on all things and sundry.

WANT TO WIN A COPY OF THIS BOOK?
US only


Ends 10/16/13
Open only to those who can legally enter, US mailing addresses only
Winning Entry will be verified prior to prize being awarded. No purchase necessary.
You must be 18 or older to enter or have your parent enter for you.
The winner will be chosen by rafflecopter and announced here as well as emailed and will have 48 hours to respond or a new winner will be chosen.
This giveaway is in no way associated with Facebook, Twitter, Rafflecopter or any other entity unless otherwise specified.
The number of eligible entries received determines the odds of winning.
Giveaway was organized by BookHounds and sponsored by the author.
VOID WHERE PROHIBITED BY LAW.