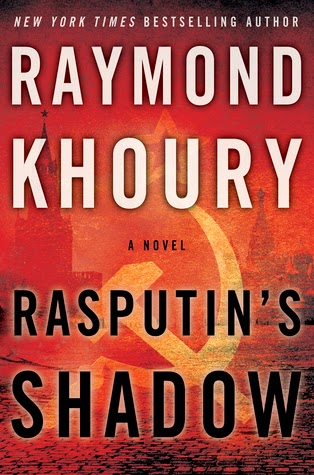 
An ingenious, fast-paced historical thriller from the author of the New York Times bestseller The Last Templar

On a cold, bleak day in 1916, all hell breaks loose in a mining pit in the Ural Mountains. Overcome by a strange paranoia, the miners attack one another, savagely and ferociously. Minutes later, two men—a horrified scientist and Grigory Rasputin, trusted confidant of the tsar—hit a detonator, blowing up the mine to conceal all evidence of the carnage.

In the present day, FBI agent Sean Reilly’s search for Reed Corrigan, the CIA mindcontrol spook who brainwashed Reilly’s son, takes a backseat to a new, disturbing case. A Russian embassy attaché seems to have committed suicide by jumping out of a fourth-floor window in Queens. The apartment’s owners, a retired physics teacher from Russia and his wife, have gone missing, and further investigation reveals that the former may not be who the FBI believe him to be.

Joined by Russian Federal Security Service agent Larisa Tchoumitcheva, Reilly’s investigation of the old man’s identity will uncover a desperate search for a small, mysterious device, with consequences that reach back in time and which, in the wrong hands, could have a devastating impact on the modern world.

Packed with the twists, intrigue, and excitement that Khoury’s many fans have come to expect, Rasputin’s Shadow will keep readers turning pages long into the night.

FBI agent, Sean Reilly is looking for the man who brainwashed his son when a Russian embassy worker himself by jumping from the apartment of two Russian immigrants that leads him to believe that they are not what they appear to be.  Joining him to investigate is a Russian counterpart,  Larisa Tchoumitcheva and the pair are led through history to find a mysterious device that may cause mass hysteria in modern times.  The story flashes back to Rasputin, yes, that one, and a secretive mind control experiment that went horribly wrong in the time of the last tsar.

As Reilly find that the apartment owner, Leo Sokolov, now missing, has lead a double life, and his grandfather, Mischa, was the person who orchestrated the mysterious device that caused people to act like animals and kill each other, to the extent that Rasputin had to cover up the whole thing.  Through Mischa's journals, Reilly is led through more twists and turns that will have you reading late into the night.  I really couldn't put it down since there was so much action that it was hard to find a stopping place.

If you have read the Templar series then you already have a jump on this new book by Khoury.  I have read them ages ago but it all came back to me in the first few pages.  Just when I thought I had plot lines figured out, I was surprised.  Even with the "mysterious device" being short on details, it is easy to imagine.  I spend too much time watching the History Channel. so I can only imagine what things the military has in their weapons' room.  Fans of Steve Berry and Tom Clancy will love this one. 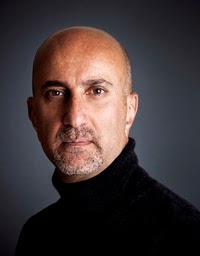 RAYMOND KHOURY is a New York Times bestselling author of several novels, including The Last Templar, The Templar Salvation and The Sanctuary. Born in Beirut, Khoury and his family fled to Rye, New York when he was 14 to escape Lebanon’s civil war. Khoury worked as an architect and investment banker before becoming a successful screenwriter and producer for networks such as BBC. Today, he focuses on his writing career. Rasputin’s Shadow is his sixth book.

1.    Rasputin is known as one of the most elusive figures in Russian history, but what specifically drew you to him as a character for your upcoming novel, RASPUTIN’S SHADOW?

As with previous novels, it was an unplanned convergence of influences. Very early into my research on the central theme of this book, mind control and how much we know about the way our brains work, I read about a Russian scientist who had been carrying out some pretty shocking “Manchurian candidate”-style experiments during the Cold War. He was described as having “Rasputin-like powers.” And that just lit up inside me. It was the perfect historical parallel for what I was working on, the big daddy of mind control, and the fact that Rasputin’s story had also taken place in Russia was too irresistible to ignore. The story fell into place within seconds. Like Hannibal Smith used to say, “I love it when a plan comes together.”

2. Your novels contain a lot of historical truths, so how do you go about researching your subject before you dive into the story? Did anything surprise you during your research for this book?

I probably do a lot more research than I need to for my novels, for several reasons: part of it is simple curiosity: I just find it interesting to educate myself about the topics and themes I’m curious about, and it’s so easy to get swept up in surfing from one link to the next. Also, I have this obsession with wanting every detail in my books, historical or otherwise, to be accurate. I remember being on a panel with Harlan Coben once, and he said, “we’re fiction writers, we can just make things up.” And he’s right, of course, we do—a lot. But I feel a need to know exactly what a Turkish horse-trader in the 13th century would have been wearing, what he would have eaten, what his sword (scimitar!) would have looked like, before writing him into a book. And that takes a lot of research that can only end up as a sentence here or a word there. The big scene at the end of The Templar Salvation, for instance, the plane and the sea, or the one where the Italian gets chucked out of it earlier on: I went through every detail of those sequences with a pilot who owns that exact plane, and we made sure everything I wrote was not only correct, but doable.

3. In past reviews your writing has been called “cinematic.” Do you consciously try to write this way? Or do you think that thrillers naturally lend themselves to this style of writing?

I see my stories visually, it’s hugely important for me. I see the scenes unfurling in my mind as I’m writing them, and I often sketch out storyboards for the big set pieces to “direct” them as I write them out. Thrillers naturally lend themselves to this style, and to be frank with you, I’m often disappointed by thrillers that turn out to have limited scale in their visuals. What I mean is that as a writer, you can almost take any scene and ratchet up the suspense and the scale without necessarily turning it into ridiculous, comic-book-like, over-the-top mindless action. Think of a director like Michael Mann, for instance, and the bank robbery scene from “Heat.” Or any scene from “Collateral.” Or read “Marathon Man,” which is exactly similar, beat for beat, to the great movie it spawned. In my mind, a real thriller should have a ‘cinematic’ aspect, but it’s crucial to keep it within the confines of reality.

4. What impact, if any, do you think your experience as a screenwriter and producer has on your ability to paint a vivid description in your novel writing?

Huge impact, no doubt. I’m always told by readers that they could “see” the book like a movie while reading it. I don’t believe in taking shortcuts. If the FBI is shadowing a hostage trade-off between a group of Russian mafiya thugs and some Korean gangsters in some remote Brooklyn shipyard in the dead of the night, that’s an opportunity for a major set-piece with a lot of suspense, it deserves to be cinematic. I believe good writing should conjure up vivid visuals in the mind of the reader and should kick up as much adrenaline in him or her as a great movie would.

5. What types of characters do you most enjoy writing?

I enjoy spending time with all my characters. RASPUTIN’S SHADOW probably has the largest cast of characters I’ve used in a novel, and I really enjoyed creating them and exploring their own foibles. That said, I usually enjoy writing the main antagonists most: characters like Vance in THE LAST TEMPLAR, the Hakeem in THE SANCTUARY, Zahed in THE TEMPLAR SALVATION, and El Brujo in THE DEVIL’S ELIXIR (no spoilers about the new book here!). They’re never clear-cut bad guys, nothing’s black or white. They have histories, they have reasons for doing what they’re doing, we need to wonder what we’d have done if we had been in their situation. The grey area of human nature is very interesting to me. I also hugely enjoy writing the historical characters: Rasputin and Misha, or course, in the new book; but also, Sebastian and Theresia’s love story in THE SANCTUARY and Conrad and Maysoon’s one in THE TEMPLAR SALVATION are particular favourites.

Ends 10/11/13
US only, no PO Boxes
Open only to those who can legally enter
Winning Entry will be verified prior to prize being awarded. No purchase necessary.
You must be 18 or older to enter .
The winner will be chosen by rafflecopter and announced here as well as emailed and will have 48 hours to respond or a new winner will be chosen.
This giveaway is in no way associated with Facebook, Twitter, Rafflecopter or any other entity unless otherwise specified.
The number of eligible entries received determines the odds of winning.
Giveaway was organized by BookHounds and sponsored by the publisher


Disclosure  I received this book from the publisher at no charge and in no way influenced my review.  If you are considering purchasing this book or anything else from Amazon, please use my link above since I earn a very small percentage of the sale which helps pay for shipping my giveaways!