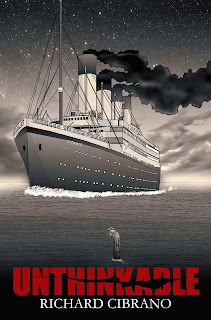 When detective Francis Dimaio, supervisor of the Pinkerton detective agency's Philadelphia bureau, read the telegram from Allan Pinkerton, ordering him to leave immediately for New York, he knew he would have to put off the vacation with his wife. What he couldn't have known was that he was about to open an investigation into the deaths of more than 1500 people. A few days earlier, former president Theodore Roosevelt had arrived unexpectedly at Pinkerton's Broadway office. In his possession was a letter from his former aide and adviser, Major Archibald Butt. Butt, now the aide-de-camp for President Taft, had been returning to the United States on the Titanic after a round of diplomacy with the King of Italy, when he went down with the ship. In the letter, dated the day of the sailing, Butt wrote that a representative of the Italian Prime Minister approached him with knowledge of a stratagem to incite the world to the brink of war. Most alarming, the plot would involve the sinking of a passenger liner. The source of the tip further confided Titanic would be the logical target. Determined to uncover the facts behind the portentous warning, Roosevelt persuades Pinkerton to take on the case. Dimaio, a tenacious investigator whose resume includes tracking Butch Cassidy and the Sundance kid, accepts the assignment and quickly uncovers an elaborate insurance fraud involving Titanic and her sister ship Olympic. Working every angle, Dimaio discovers the fraud was double-edged, and as evidence begins to emerge that the plot is still in play, he and Pinkerton find themselves in a race against time with an ambitious financier, a ruthless agent from British Intelligence, and the cabal of powerful men working behind the scenes, hell-bent on seeing to completion their diabolical plans. 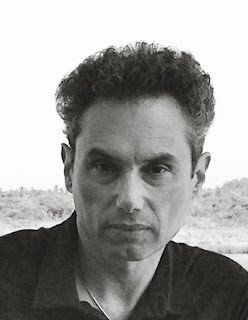 About the Author
A graduate of Pace University, Richard Cibrano is a freelance author and serious student of history. His first novel, Dead Reckoning, a political thriller about the Cold War and the death of JFK, was a finalist for the ForeWord Magazine Book of the Year Award in the Historical Fiction Category. A successful businessman, he lives with his wife and son in New York.

1.      Tell us the story behind the story. How did UNTHINKABLE come to be?
My novel Unthinkable is an outgrowth of my fascination for the classic transatlantic ocean liners, and the historical appeal of pre-World War One New York City.

3.      What is the message you want readers to take away from your book?
Look at things with an open mind, and never assume the official findings of an investigative commission is correct.

4.      Describe your background.
I come from a middle-class, Italian-American family.  I am currently the president of the family business my father began nearly fifty years ago.

5.      Describe your writing schedule. Do you outline? Any habits?
I am primarily a morning writer.  On weekends, I am up early, and write until mid-day.  During the week, I arrive at work early and devote at least one hour to writing before beginning my workday.

6.      What books are on your nightstand? What are you currently reading?
I am currently reading The Girl with the Dragon Tattoo, by Stieg Larsson.  Prior to that, I read Stephen King’s 11/22/63.

7.      Which authors inspire you?
Robert Littell, Michael Crichton, and Caleb Carr immediately come to mind as the most inspirational fiction writers.  Anthony Summers heads my list of favorite non-fiction authors.

8.      What have you learned from this experience?
I learned that J.P. Morgan’s empire extended much farther than I realized, and that he had a grand scheme to monopolize ocean and rail travel.

9.      What is your advice for aspiring writers?
I urge writers never to lose sight of the fact that writing is a skill to be enjoyed, and never let an intimidating publishing marketplace discourage you.

10.  What are you working on now?
I am currently working on a novel, set in 1960’s New York, about a serial killer and the detective team hunting him.

Ends 10/21/13
US only, no PO Boxes
Open only to those who can legally enter
Winning Entry will be verified prior to prize being awarded. No purchase necessary.
You must be 18 or older to enter .
The winner will be chosen by rafflecopter and announced here as well as emailed and will have 48 hours to respond or a new winner will be chosen.
This giveaway is in no way associated with Facebook, Twitter, Rafflecopter or any other entity unless otherwise specified.
The number of eligible entries received determines the odds of winning.
Giveaway was organized by BookHounds and sponsored by the publisher
VOID WHERE PROHIBITED BY LAW.