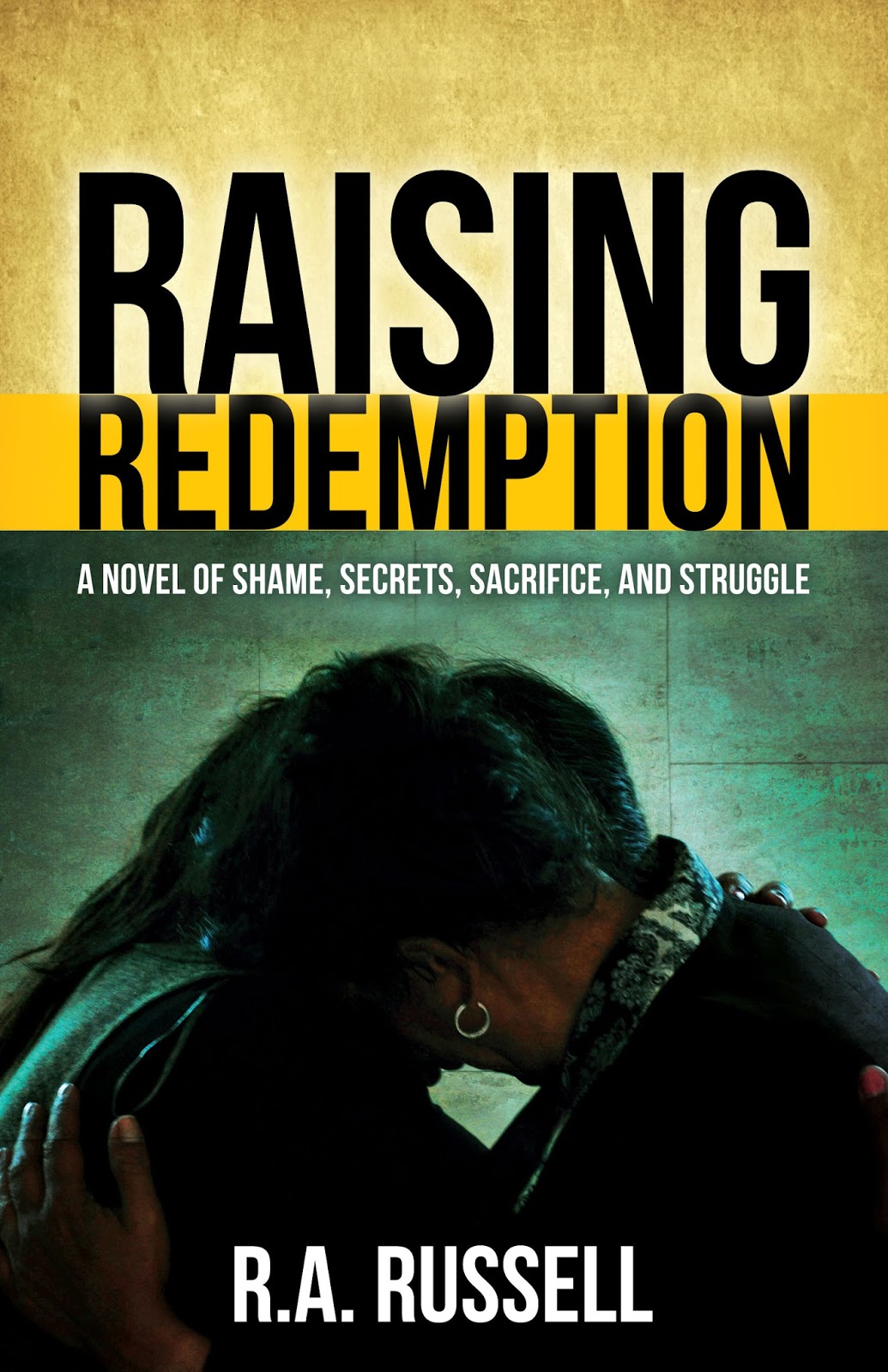 
Recalling such epic novels as Roots and The Joy Luck Club, R. A. Russell’s sweeping drama chronicles four generations of the Tilman family as they search for the things that will relieve the pain of the past. With its roots in 1975, Raising Redemption is a stirring and provocative story of the shame, secrets, sacrifice and struggle of an African American family who has worked to establish a name synonymous with respect, honor and dignity.

To the Tilman women Ben Tilman was a symbol of redemption: a revered doctor, a loving father and husband; a man who defied all preconceived notions of what a bastard son of a hated man would become. When his teenage daughter Alicia, headed for the Ivies to continue the family’s upward rise, defies her father’s rule to stay away from Dickey Samson, she is unprepared for the consequences that rain down on her: a baby, a near shooting and estrangement. When Alicia discovers that her actions link the Tilmans and Samsons to a dark secret that will now live on through another generation, she runs away. On her own and truly alone, Alicia realizes that success is the only solution to shame, and she struggles to become worthy among the noble Tilman women.

Raising Redemption brings readers on a journey to discover the ultimate gift of love and the true legacy left for the Tilman women to embrace. Chronicling the hardships and triumphs of four generations, Raising Redemption is a sweeping tribute to the salvation we can only find from within.

“… The story of Raising Redemption achieves an epic sweep yet retains an intimate, personal address, with a lively, direct style that will keep you turning the pages. By turns suspenseful and moving, this tale of adversity and triumph — and above all the indomitable power of familial bonds — will inspire many readers.”
—    James Morrison, author of Said and Done and Everyday Ghosts

“Read Raising Redemption and find out the true meaning of what forgiveness, dignity and respect really means. Author R. A. Russell has penned a powerful novel; powerful story and one that will help readers understand the power of words, love and family.
-- Fran Lewis, book reviewer and host of Red River Radio’s Writers Live

PROLOGUE
The Taste of Soil
1930

Mabel Tilman stooped over a wood-burning stove, stirring simmering rice. Shadows crept around her. She lit a kerosene lamp and hobbled to the front door of her three-room shanty, then peered outside as dusk settled on . “Marjorie?” she yelled, searching for her daughter. “Marge?”

Should have been home by now, thought Mabel. Maybe she helping out one of them teachers of hers. She gone be somebody, doing all that homework I can’t help her with no more, all them crazy numbers and letters she got going this way and that in the math she taking. She just like her daddy was, smart as a whip. She grown up, too, already fifteen, and the men done started eyeing her.

Mabel moved back to the stove and eased the pot off the fire. I better get to the outhouse ’fore it get too dark. She grabbed a walking stick and ambled outside, crunching over dried dirt and windblown leaves.

When she returned to her doorstep, Mabel scanned the nearby woods, but she saw only emptiness amongst the trees. Where is that girl? she wondered, stomping off debris. Then she stepped inside and felt the presence of another. She brandished her stick, searching across the room until she found the outline of her daughter cowering in a corner.

“Marge, where you been? I been worried about you, girl. What you doing over there? Come out so I can see you. Come give your mama a hug.”

Marjorie staggered out of the shadows, her eyes cast downward. Mabel squinted at features once clean and sharp, now bloodied and swollen. She bolted for her daughter.

“What happened to you? Your face! Look at these clothes! That blood on this skirt? Oh, my God, no. Oh, no. Oh, Lordy, no! Who did this? Who did it! I said who?”
Mabel waited for an answer, but Marjorie remained mute.

Marjorie glanced at her mother and issued a sob.

Mabel’s mournful cry pierced the walls and filled the air. The only response: sympathetic howls from neighboring dogs.

Marjorie remained silent as she dried her tears. Gone was the lively spark, the joyful smile, the trademark laughter; now, an expression of shame, regret, and helplessness.

Mabel gathered Marjorie into her arms, attempting to stroke away the pain. She had the horrible feeling that just as she had when pregnant with Marjorie, her baby girl would soon crave the taste of soil.


WANT TO WIN A COPY OF THIS BOOK?
US/CANADA PRINT or DIGITAL, all other, Digital only


Ends 9/1/13
Open only to those who can legally enter
Winning Entry will be verified prior to prize being awarded. No purchase necessary.
You must be 13 or older to enter or have your parent enter for you.
The winner will be chosen by rafflecopter and announced here as well as emailed and will have 48 hours to respond or a new winner will be chosen.
This giveaway is in no way associated with Facebook, Twitter, Rafflecopter or any other entity unless otherwise specified.
The number of eligible entries received determines the odds of winning.
Giveaway was organized by BookHounds and sponsored by the author.
VOID WHERE PROHIBITED BY LAW.