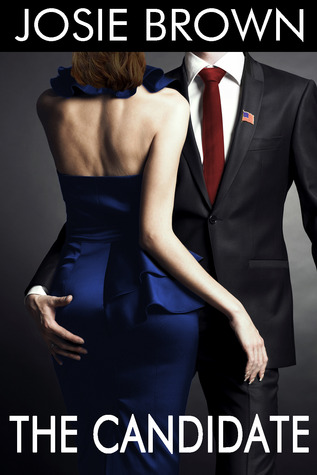 
Seduction and intrigue are rampant on the campaign trail when a political campaign adviser discovers that Washington's power broker elite have embroiled his presidential candidate in a plot involving an act of terrorism on US soil.

Democratic political campaign consultant Ben Brinker can’t remember the last time he was excited by a candidate’s vision. He feels he’s lost his way, both emotionally and professionally. Worst yet, his show-me-the-money policy seems to have finally caught up with him. Two of his recent clients have been disgraced in one way or another: a senator is caught in lurid sex scandal, and a congressman is indicted in a kickback scheme. In no time at all the political pundits are calling Ben a "candidate cooler." Now Ben is desperate for any campaign gig he can get. As luck would have it, Andrew Harris Mansfield, the charismatic junior senator from North Carolina and former Marine pilot, asks Ben if he wants to run his soon-to-be-announced campaign for president.

Little does Ben know what's in store for Andrew, or their country. Nor does he realize that the key to saving both have been placed in his hands.

If you like political thrillers by David Baldacci, Brad Thor, Vince Flynn, Nelson DeMille, Hank Phillip Ryan or Daniel Silva, this is the book for you.

My novel, Secret Lives of Husbands and Wives (Simon & Schuster), is being produced by Jerry Bruckheimer as a dramatic series for NBC-TV.

As a journalist, my celebrity interviews and relationships trends articles have been featured in the Los Angeles Times Syndicate International, Redbook and Complete Woman magazines, as well as AOL, Yahoo, AskMen.com, Divorce360.com, and SingleMindedWomen.com

Facebook Fan Page: Josie Brown, Author, Secret Lives...Twitter: http://twitter.com/JosieBrownCA
You can read excerpts of all my books at my website: http://www.josiebrown.com and follow my blog at http://www.authorprovocateur.com

I'm married to a great guy, and we have two fabulous, funny kids. Yep, life is good

Ben is a Democratic political consultant, with his career quickly unraveling, when he gets a phone call from a Republican candidate.  After seeing himself on all the cable news shows as essentially a loser, he takes the position with Andrew Harris Mansfield, directing the  young, superstar senator's quest for the presidency.  Andrew's wife, Abby, has a trust fund equivalent to a small nation.  Abby is actually the one who wants Ben on their side and with wise counsel to her husband, they are the perfect political couple with no known skeletons.  As Ben becomes closer to the couple, he discovers the girl he is lusting after is actually Abby's twin sister, Maddy.

Ben is told to leave Maddy alone, both by Abby and Ben, although he can't figure out why.  Maddy has a bad girl past and even she doesn't want a serious relationship. He also finds that she has an old boyfriend lurking in the wings.  As the pair become closer, he also becomes the victim of a hacking scandal by the current Vice President (think evil Cheney), also on the campaign trail.  Ok, I just gave away a bit of the plot detail here but the twists and turns of this one will make you want to read this one quickly.  The hacking scandal is only the tip of the iceberg.  Everything seems so true to life, especially with what is happening with all of the leaks in the news right now.

This is amazing.  I always think I know where a plot like this is going, you know, identical twins, evil Vice President, but this caught me way off guard.  I was surprised by the turns this one took.  If you have never read a book by Brown before, you need to and this would be an excellent start.  I adore all of her books and she can take characters to places most authors only dream about. I am really glad that she seems to put something out every three months or so since I would really have withdrawals.