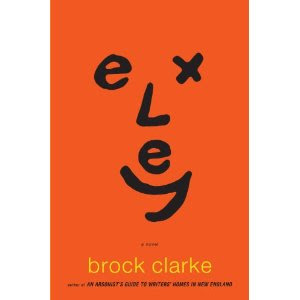 For nine-year-old Miller, who lives with his mother in Watertown, New York, life has become a struggle to make sense of his father’s disappearance, for which he blames himself. Then, when he becomes convinced that he has found his father lying comatose in the local VA hospital, a victim of the war in Iraq, Miller begins a search for the one person he believes can save him, the famously reclusive — and, unfortunately, dead — Frederick Exley, a Watertown native and the author of his father’s favorite book, the “fictional memoir” A Fan’s Notes. The story of Miller’s search, told by both Miller himself and his somewhat flaky therapist, ultimately becomes an exploration of the difference between what we believe to be real and what is in fact real, and how challenging it can be to reconcile the two.

Part literary satire, part mystery, Exley unleashes the enormous talent of a writer whom critics have compared to Richard Ford and John Irving and whose work has been called “absurdly hilarious” (Entertainment Weekly) and “wildly entertaining” (Daily Candy).

Brock Clarke is the author of two previous novels and two short story collections. He lives in Portland, Maine, and teaches at Bowdoin college.

I just loved An Arsonist's Guide to Writer's Homes in New England....which is a very off kilter tale.  I have hopes for this one as well.