The Deal with the Duel by Grace Burrowes

“Your lordship, good morning,” MacHugh called, swaggering into the clearing. “Brodie says we’re not to kick each other in the balls, which suggests—contrary to all rumor and inference—you have a pair.”

“You’re not to bite me, either,” Sebastian replied, “lest the taste of my treasonous flesh fatally poison even so stout a constitution as yours. Shall we chat away the morning, or be about our business?”

Any conflict had a psychological aspect that a combatant ignored at his peril, so Sebastian had allowed a hint of a French accent to slip into his words, the better to goad MacHugh.

“My thanks for the reminder,” MacHugh said. “Gentlemen?”

The seconds paced off a circle of sorts while Sebastian mentally reached for the detachment he’d worn like a shroud for five years. MacHugh did not want to kill him—though somebody did—and when this morning’s inconvenience was dealt with, Sebastian intended to find out who.

Sebastian St. Clair, the hero of The Traitor, is plagued by a succession of former English military officers who all want to do him for his part on the French side of the Napoleonic wars. They get their shots at him—often literally—by challenging him to duels.

We hear of dueling in many Regency and Georgian stories, and even some early American tales, but why was it so common, and what were the rules?

The rules, at least the theoretical rules, are the easy part: The Code Duello was drawn up as 25 specific rules and settled at the Clonmel (Ireland) assizes in 1777. From there, the Code spread to England and the Continent, though most of its provisions had been accepted as gentlemanly conventions for some time.

The Code served like the Old Testament’s lex talionis (“an eye for an eye”) to limit the scope of a conflict, and ensure that certain common sense measures (i.e., two equally effective weapons, a physician, privacy) were in place when the combatants met. The Code put an affirmative duty on the seconds to always attempt to secure an apology.

The Code also prohibited mere verbal apology when a blow had been struck; hence, the scenes with the challenger whacking a glove across the challenged fellow’s chops. The apology in such a case was supposed to be accompanied by the offender handing the offended a cane, with which a beating would be administered to appease the demands of honor.

The rules of the Code were certainly not always followed. Strictly speaking, only gentlemen were to duel, though commoners certainly did as well. We even have a few tales of women challenging each other in “petticoat duels.” The Code also says that challenges were not to be delivered at night, unless the challenged party intended to quit the premises before morning (presumably to get a good night’s sleep?), for “it is desirable to avoid all hot-headed proceedings” (Rule 15).

Seconds could also duel, and were to undertake their part in the business by standing at right angles to the principles and blasting away at each other. Contrary to many a memoir (and to Sebastian’s behavior) deloping, or firing into the air was forbidden:

No dumb shooting or firing in the air is admissible in any case. The challenger ought not to have challenged without receiving offense; and the challenged ought, if he gave offense, to have made an apology before he came on the ground; therefore, children's play must be dishonorable on one side or the other, and is accordingly prohibited. (Rule 13)


In other words, dueling was intended to be serious business, reserved for the resolution of serious differences for which the law provided no recourse. The gentlemen of the day must have believed it served some purpose, for not until Queen Victoria expressed disapproval of dueling did it fall out of favor. 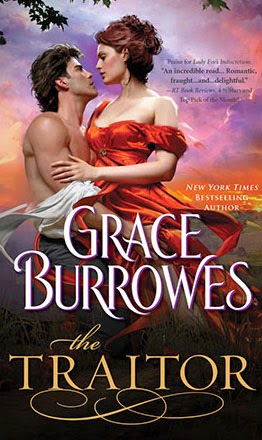 
As a young boy, British-born Sebastian St. Clair was abandoned in France and forced to join the French army to survive. Now that the war is over, he has returned to his beloved England and is determined to live a quiet life as a country gentleman. He's struggling to make that wish come true when he falls for his elderly aunt's practical and unpretentious companion, Miss Millicent Danforth. But an old enemy threatens this new love, and plots to destroy verything Sebastian holds dear.
Sebastian will have to use all of his wits if he's to hang on to his life, his honor...and Milly's love. 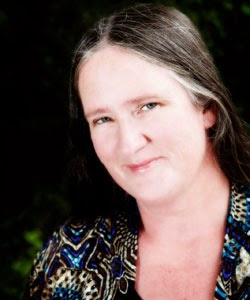 About the Author
New York Times and USA Today bestselling author Grace Burrowes' bestsellers include The Heir, The Soldier, Lady Maggie's Secret Scandal, Lady Sophie's Christmas Wish and Lady Eve's Indiscretion. Her Regency romances have received extensive praise, including starred reviews from Publishers Weekly and Booklist.
Grace is branching out into short stories and Scotland-set Victorian romance with Sourcebooks. She is a practicing family law attorney and lives in rural Maryland.

WANT TO WIN THIS AWESOME BOOK?

Open to anyone WITH A US or CANADIAN MAILING ADDRESS,  sorry no PO Boxes
Open only to those who can legally enter
Winning Entry will be verified prior to prize being awarded. No purchase necessary.
You must be 13 or older to enter .
The winner will be chosen by rafflecopter and announced here as well as emailed and will have 48 hours to respond or a new winner will be chosen.
This giveaway is in no way associated with Facebook, Twitter, Rafflecopter or any other entity unless otherwise specified.
The number of eligible entries received determines the odds of winning.
Giveaway was organized by BookHounds and sponsored by publisher.
VOID WHERE PROHIBITED BY LAW.