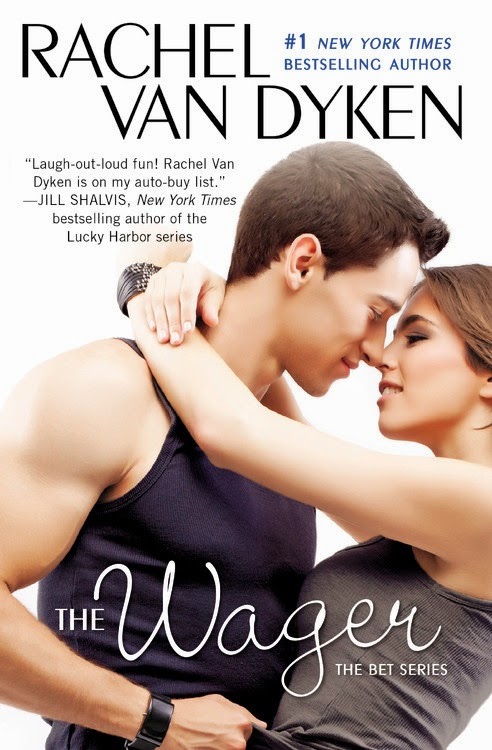 What is it about a junior-high crush that can send an otherwise intelligent woman into a tailspin? TV reporter Char Lynn wishes she knew. Jake Titus is too rich, too handsome, too arrogant: a trifecta that once lured Char into the best night-and worst morning-after-of her life. Now they've been thrown together in a wedding party. It's awkward, but survivable . . . until Jake stops acting like a jerk, and starts acting like the man she'd always hoped he could be.

If watching your brother marry your best friend is weird, being attracted to your best friend's otherbest friend is downright bizarre. Unfortunately for Jake, Char hasn't forgotten how he once tossed her aside. Worse still, Jake's already-nutty grandma is even crazier about Char. Cue meet-cute shenanigans and all manner of meddling, and somehow, Jake's falling. For Char. Now all he has to do is make her believe it . . .
Buy Links:
B&N
IndieBound
Books A Million
Amazon
iTunes

JAKE PACED IN front of the door. Char had texted and said she’d stop by around noon. It was officially five minutes past. Where was she? He needed to find a way to get back his job and his manhood, preferably in reverse order.
The morning had started off normally enough, with Grandma doing her damn yoga and then demanding he drop her off at her bridge group. But even when Grandma asked for one thing, it was never just one thing. No, she’d demand you do something else, fail to give an explanation, and then look at you like you were an idiot if you asked why.
He felt like a kid again, like he had the time Grandma caught him stealing M&M’s from the convenience store and then bought him a five-pound bag and demanded he sit and eat the entire bag in front of her.
Her reasoning was that it would keep him from stealing again. Because if she ever caught him with sticky fingers, he’d either have to consume said object or wear it around the house.
In high school it had happened again with beer. She’d given him a six-pack and told him to chug until he got sick. It took him three before he was puking. Naturally, Grandma had finished the rest of the pack.
Suffice it to say, it was always wiser to agree with the woman than to tempt fate. So he drove her around town, played the nice grandson, and then prayed to God she would finally hire him back so he could stop playing chauffeur and wedding planner.
Good God, he was going to turn into a woman waiting for that damn irritating girl.
The doorbell rang.
He ran to it. Then stopped and took a few deep breaths. Yup, definitely turning into a woman. He was acting like this was a first date or something! It was Char! Char! He had to repeat her name several times out loud before he was able to finally pull the door open.
Her smile lit up his dark mood, and suddenly he remembered all over again why he stayed away from girls like her.
They were trouble.
They promised you pleasure and in the end wanted commitment, something any guy would run from—especially a guy like him. He didn’t deserve anything like it—he wasn’t that much of an ass to not know that a girl like Char, well, she deserved one of the good ones.
Not him. Definitely not him.
Her eyes lit up when he smiled.
Shit. He was going to have to stop flirting with her. She was going to get the wrong idea, and he was going to lose his mind if he had to partner up with her for the entire wedding week, wondering if she was just waiting for the right time to pull a knife on him.
“Come in.” He opened the door wider and fought hard not to stare at her backside as she walked past him and her heels clicked against the marble floors. Clearly she’d been at work. She was wearing a tight pencil skirt, white blouse, and red heels.
Poor choice.
Because now he was thinking about Grandma and her stupid airport story and…
“Jake?” Char’s soft voice brought him back to the present. “Did you hear anything I just said?”
“No.” He laughed awkwardly. “I was, um, just admiring your shoes.”
“My shoes?” Her eyebrows arched in amusement. “You have a thing for heels?”
“On you?” He nodded. “I think I just might.”
Shit, there he went again. What was wrong with him? It was like second nature with Char, as if he couldn’t help but be drawn to her. His body involuntarily moved toward her. Was it her eyes? Her hair? A little voice, one he hadn’t listened to in a long time, told him no. It wasn’t physical; it was something completely different, something foreign. Something he really didn’t want to think about or dwell on too much, because then he’d have to admit to actually having a heart, which meant only one thing… Eventually it would break, only this time he wouldn’t have anything to fall back on, just air and nothingness. 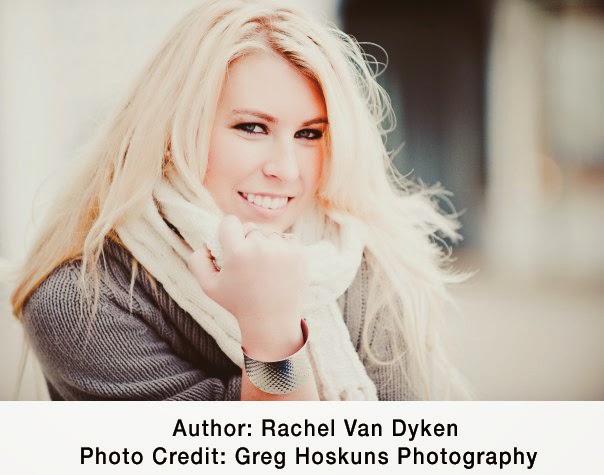 About the author:
Rachel Van Dyken is the New York Times and USA Today Bestselling author of regency and contemporary romances. When she's not writing you can find her drinking coffee at Starbucks and plotting her next book while watching The Bachelor. She keeps her home in Idaho with her Husband and their snoring Boxer, Sir Winston Churchill. She loves to hear from readers! You can follow her writing journey at www.rachelvandyken.com