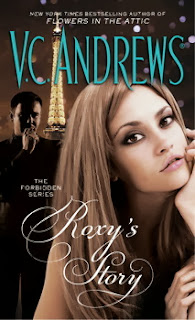 I was like some dark shadow haunting my own parents and little sister. This was my chance to be reborn. . . .
Roxy Wilcox has always been rebellious and defiant—the exact opposite of her sweet, obedient younger sister, Emmie. After sixteen years of trying to discipline Roxy, their father snaps—and kicks her out of their Manhattan town house. Alone in the city, Roxy is determined to make it big and show them all . . . but how? A chance meeting with a stranger opens the door to a whole new life when he introduces her to the tantalizing world of high-class escorts, where Roxy will be taught how to walk, talk, and dress to seduce. She will be pampered, polished, and perfected in the art of satisfying the world’s wealthiest men, and the rewards surpass Roxy’s most extravagant dreams. But when a shattering tragedy reunites Roxy and Emmie, will the secrets shared between sisters bind them together—or tear them apart forever? 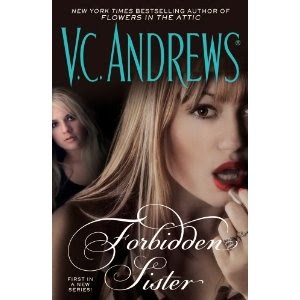 I had every reason to hate her, my forbidden sister. She was like someone who had died but wouldn’t stay buried. . . .

Emmie Wilcox was only six when her older sister, Roxy, was thrown out of their New York City apartment. Their stern father’s military-style rules left no room for rebellion, and Roxy was as defiant as Emmie—now an outstanding student at a private school—is compliant: a perfect daughter, un fille parfaite, as her Parisian-born mother lovingly calls her. Two sisters, total opposites—yet Emmie is secretly obsessed with the mystery surrounding Roxy: What had she done? Where is she now? And is there a hidden side to Emmie that resembles Roxy’s spiteful nature? Knowing only that Roxy is a highly paid escort to the city’s wealthiest men, Emmie goes behind her father’s back to track down the sister she fears, despises, and inexplicably clings to . . . and whose influence might run deeper than Emmie ever imagined.

Want to win these two books?

Ends 11/04/13
US only, PO Boxes OK
Open only to those who can legally enter
Winning Entry will be verified prior to prize being awarded. No purchase necessary.
You must be 18 or older to enter .
The winner will be chosen by rafflecopter and announced here as well as emailed and will have 48 hours to respond or a new winner will be chosen.
This giveaway is in no way associated with Facebook, Twitter, Rafflecopter or any other entity unless otherwise specified.
The number of eligible entries received determines the odds of winning.
Giveaway was organized by BookHounds and sponsored by the publisher
VOID WHERE PROHIBITED BY LAW.