CELEBRATE THE 4TH with THE CANDIDATE by JOSIE BROWN FREE 7.4-6! @JosieBrownCA 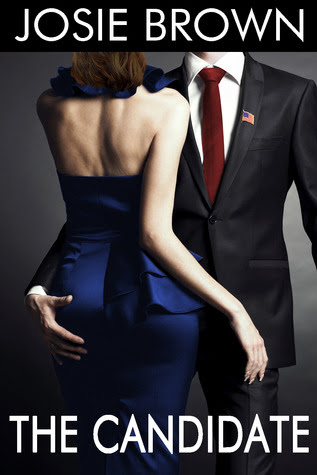 Click on the link below for you free copy today only!
Find out why I am so addicted to Josie Brown's books!


Seduction and intrigue are rampant on the campaign trail when a political campaign adviser discovers that Washington's power broker elite have embroiled his presidential candidate in a plot involving an act of terrorism on US soil...

Democratic political campaign consultant Ben Brinker can’t remember the last time he was excited by a candidate’s vision. He feels he’s lost his way, both emotionally and professionally. Worst yet, his show-me-the-money policy seems to have finally caught up with him. Two of his recent clients have been disgraced in one way or another: a senator is caught in lurid sex scandal, and a congressman is indicted in a kickback scheme. In no time at all the political pundits are calling Ben a "candidate cooler." Now Ben is desperate for any campaign gig he can get.

As luck would have it, Andrew Harris Mansfield, the charismatic junior senator from North Carolina and former Marine pilot, asks Ben if he wants to run his soon-to-be-announced campaign for president.

Little does Ben know what's in store for Andrew, or their country--

Nor does he realize that the key to saving both have been placed in his hands.

“I hear you’re one smooth sonofabitch.”

Thanks to the hustle and flow of the Tilt’n Diner’s dinnertime crowd, Republican Senator Andrew Jackson Mansfield’s genial jibe was just loud enough to be heard by its intended party: Democratic political campaign strategist Ben Brinker.

Ben washed down a mouthful of the diner’s whoopee cake pie with the last sip of his coffee and winked knowingly at his hosts—a couple of New Hampshire Democratic Party chairs—before facing his accuser. “Senator, if I’ve made you sit up and take notice, then I must be doing something right.”

Unlike Mansfield’s smile, Ben’s was genuine, for good reason: at that moment his client, Congressman and recently declared presidential hopeful Richard Calder, was sharing his cozy vision of a Calder presidency with a reverential Katie Couric and all of America, including the New Hampshire voters gazing up at the television mounted over the diner’s short order grill.

To be honest about it, even Ben’s clients were known to label him with a colorful name or two, particularly during a campaign. Smartass for sure. Bastard without a doubt. And yes, sonofabitch was a given. In Ben’s mind that was all par for the course. Better he should piss off a client with a much needed reality check than watch him show his ass in public.

In any event, all was forgiven by the time the votes were tallied, because with Ben on your team it was a given that you would win.

Which is why the smart clients inevitably shut up, listened, and followed his advice.

And why, for the past twelve years, Beltway insiders had placed their bets on Brinker.

So when Ben jumped onboard Calder’s presidential exploratory committee, bets on all the other Democratic candidates—both unannounced and already declared—were off.

From Mansfield’s gaze, Ben realized that the senator was also contemplating what might have been, if fate had played them different hands. And yet both men knew it was a moot exercise.The Republican powers-that-be were going to be backing Vice President Clemson Talbot, not some GOP upstart, no matter how ideal a candidate he might be.

Reality having set in, both men turned back to the TV just in time to see Richard Calder lose any chance of ever getting elected as Katie asked him, in a quiet but firm voice: “So tell me, Congressman, does the name Jenna McElvoy ring a bell?”

All the color drained out from under Calder’s pancake makeup as she directed him to the monitor beside her. What materialized on it was Calder’s long-time lover, a slight, pretty woman in her mid-thirties.

In that nanosecond, Ben realized that his career had imploded along with his client’s.

I am almost done with this one. I stayed up way too late reading it since I couldn't put it down.  I will have a full review posted this weekend.  This one is not to be missed.  There is serious tension, page turning action and a bit of naughty romance thrown in as well.  The characters are really something as well!  Everything about this book grabbed me immediately.